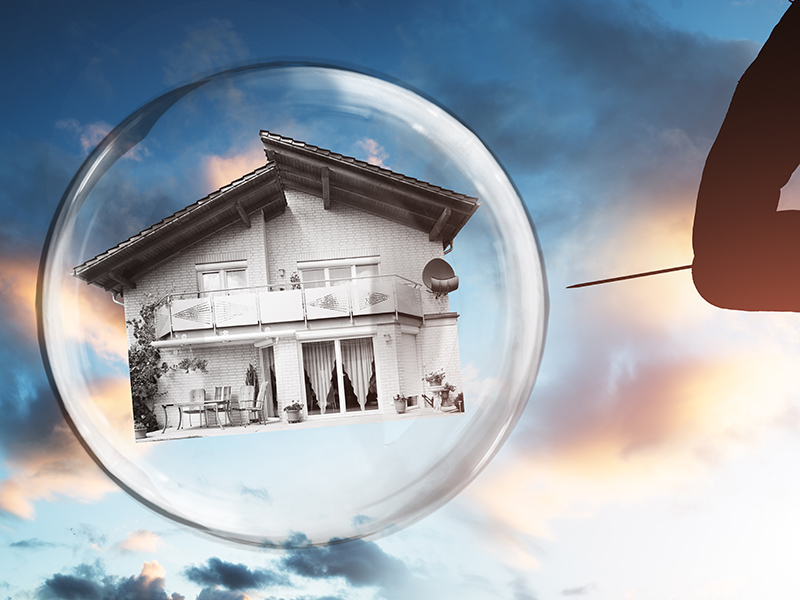 In March 2020 at the outset of COVID-19, Canada Mortgage and Housing Corporation (CMHC) issued a warning that the average house in Canada could see a decline of up to 18%.

Fast forward a year later – the average price of a home in Canada rose to $716,828 – an astonishing year over year rise of 32%.
Toronto’s average home price rose to over a million dollars and also saw year over year growth of 16.5% – still regarded as very robust.
Sometimes forecasting makes a mockery of the best of intentions.
During  the same period the price-to-income ratio rose to a 40 year high. This well known rule-of-thumb valuation matrix suggests that the average price in your city should not exceed 4X the average income – any higher and its starting to get expensive and affordability is an issue. Toronto is at 10X and Vancouver rose to a record 12x.
Affordability bells started to ring for real estate analysts – there is a “bubble” brewing, when will it burst? For a housing market correction there needs to be a catalyst or a triggering event.
The most obvious is a sudden rise in interest rates  – if the cost of a mortgage becomes too expensive, fewer people can afford their homes. Variable rate holders are particularly vulnerable as their commitments increase immediately upon any interest rate hike.
Another trigger is government intervention which has at its disposal a number of tools and strategies.
Canada is not alone and is not the worst exposed with the problem of trying to cool the housing market (see chart below). The challenge is a gradual cooling without causing a crash – something that would be disastrous at a time  when the economies are still grappling with the effects of the pandemic. 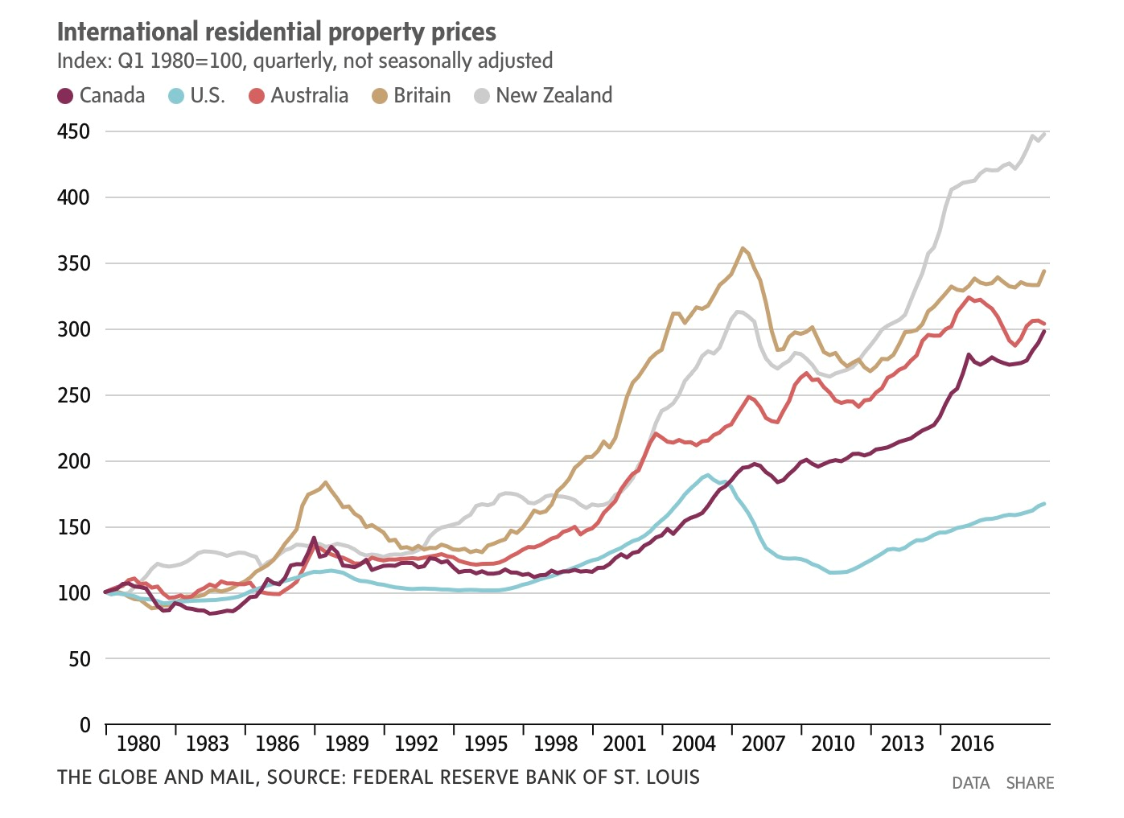 There is widespread consensus that the real culprit is a supply shortage and imbalance – which cannot be corrected with a knee-jerk reaction. While housing starts surged 21.6% in March 2021 for a record annualized pace of 335k units – this supply based solution moves very slowly.
Housing’s first big test will be when the economy begins to re-open which could lead to an increase in interest rates and redefine expectations.
However the following points all tilt towards leaving the status quo alone and a continuing drift in average housing prices across the country.
1) The Bank of Canada has made it clear interest rates and thus mortgage affordability is not changing for the foreseeable future
2) The Federal Liberals through Adam Vaughan the Parliamentary Secretary for Housing promised to do everything possible to prevent a price decline – even a modest one was unacceptable
3) Immigration targets have been revised upwards to $1.2MM over the next 3 years – at least 1/3rd of these will settle in GTA and have a hunger to buy real estate
4) The economy is set to rebound as the country gets to finally organize an effective vaccine roll-out strategy – with this comes more spending and fuelling the real estate fire
Anthony Scilopati is the President and CEO of Veritas Investment Research, an equity analysis firm in Toronto that closely follows the housing market. He worries that Canada’s economy has come to depend too much on the unpredictable residential sector and leaves it vulnerable to any weakness in that area.
Despite these reservations, he doesn’t see an imminent end to Canada’s housing addiction.
Given these parameters, it’s tough to envision a scenario when the  “bubble” bursts soon.
No doubt those in the Canadian seats of influence over the housing market are anxiously watching and having dialogue with other countries housing influencers.
It’s tough to see a “Made in Canada” only solution to this tough to solve dilemna. 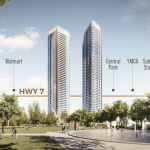 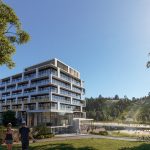 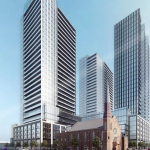 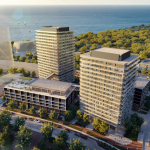 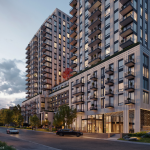 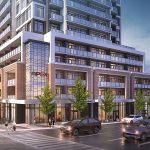